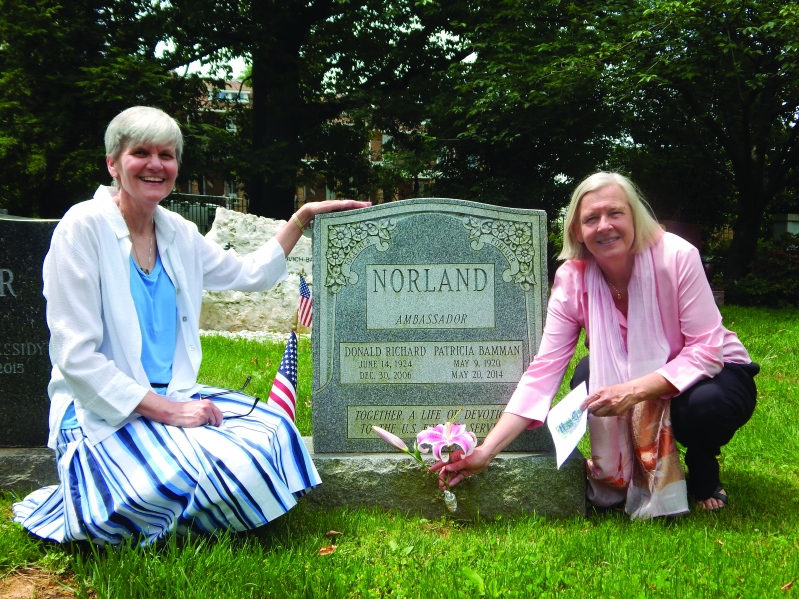 Nestled in a quiet corner of the bucolic Rock Creek Cemetery, located off of North Capitol Street in Washington, D.C., the DACOR Memorial Section offers a well-defined, exclusive space with both grave sites and a columbarium. A monument and a reflection area add dignity and serenity befitting the values embodied by the DACOR community.

For more information send a query to dacor@dacorbacon.org.

History of the DACOR Memorial Section

The creation of a DACOR Memorial Cemetery was proposed by Mrs. Winifred Hunter in 1957. To implement her idea, a Graves Commission was appointed in 1964 and in that year it entered into a reserved-tract agreement for Section II of Rock Creek Cemetery. A similar agreement for Section I was negotiated in 1972. There are now more than 1,100 members of DACOR and their family members buried in these two areas.

From the beginning there was a strong consensus that a monument should be erected on the grounds. Graves Committee Chairman Loy Henderson observed: “It seems suitable that such a monument should be placed in the City of Washington overlooking the beautiful area which in the years to come will serve as a resting place for so many members of the Foreign Service.” On the monument are the words “In Remembrance of Their Service to Their Country.”

Buried elsewhere in Rock Creek Cemetery is David Burns, II, the recorded owner from 1720 to 1780 of the lots on which DACOR Bacon House stands. Mrs. Winifred Hunter, who proposed the DACOR Memorial Area, is also buried here. Interred nearby are Sumner Wells, Under Secretary of State from 1937 to 1943; Minister Wilbur J. Carr, the “father of the Foreign Service,” and his wife Edith; and Consul General George Gregg Fuller, Executive Director of DACOR from 1954 to 1959. Minister Carr and Consul General Fuller were two of the seven members of DACOR who, in 1954, signed the Articles of Incorporation establishing Diplomatic and Consular Officers, Retired.