DACOR offers three awards to recognize those who have made signification contributions to the Foreign Service, foreign affairs generally, and DACOR and the DACOR Bacon House Foundation.

DACOR awards the Foreign Service Cup each year on Foreign Affairs Day. The award goes to a retired FSO who had a distinguished Foreign Service career and has made significant post-retirement contributions to the broad field encompassed by the term "foreign affairs." It is DACOR's highest honor. 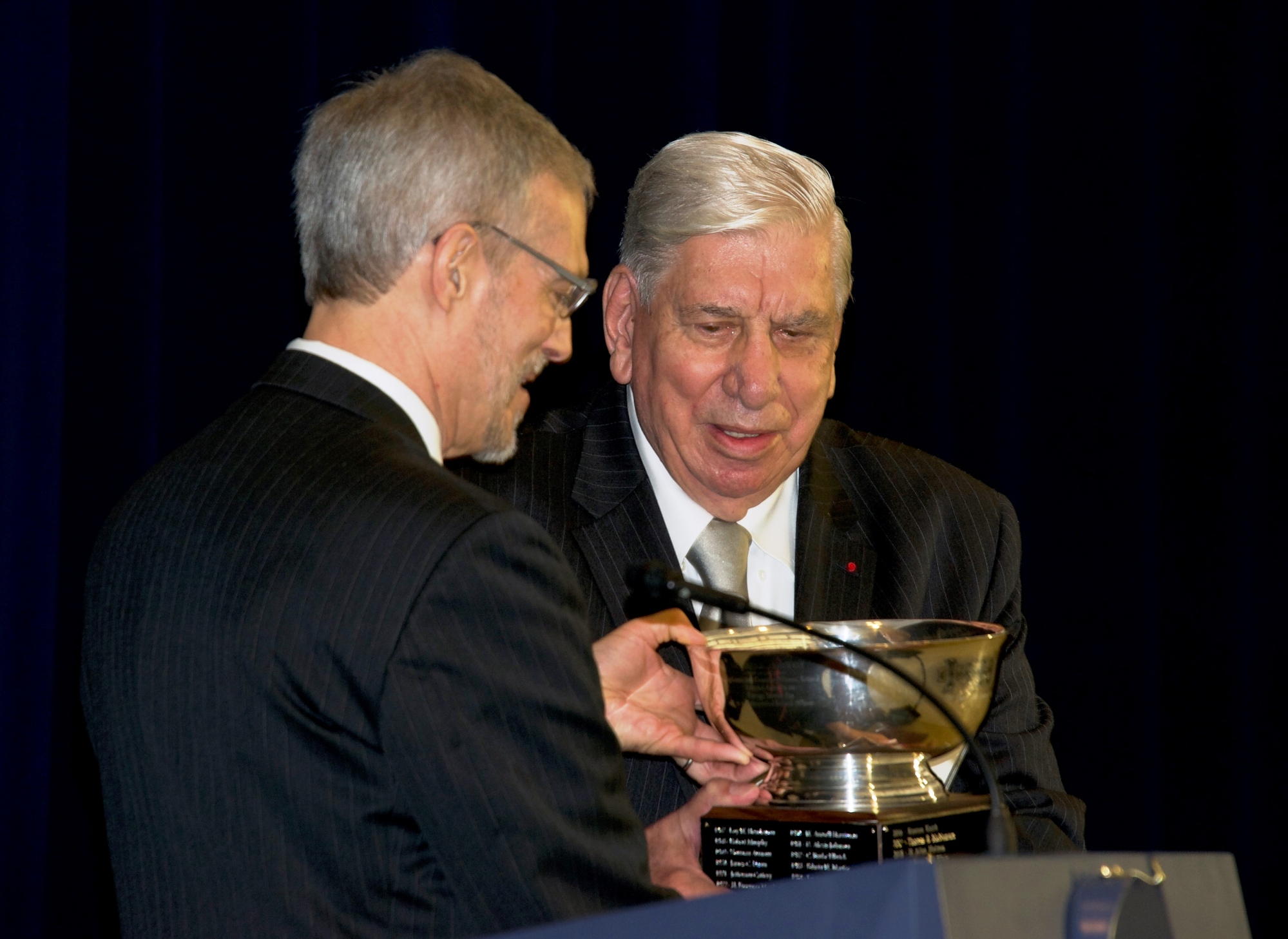 This award is given at the discretion of the DACOR president in recognition of a member who has made exceptional contributions to the organization and the DACOR Bacon House Foundation. 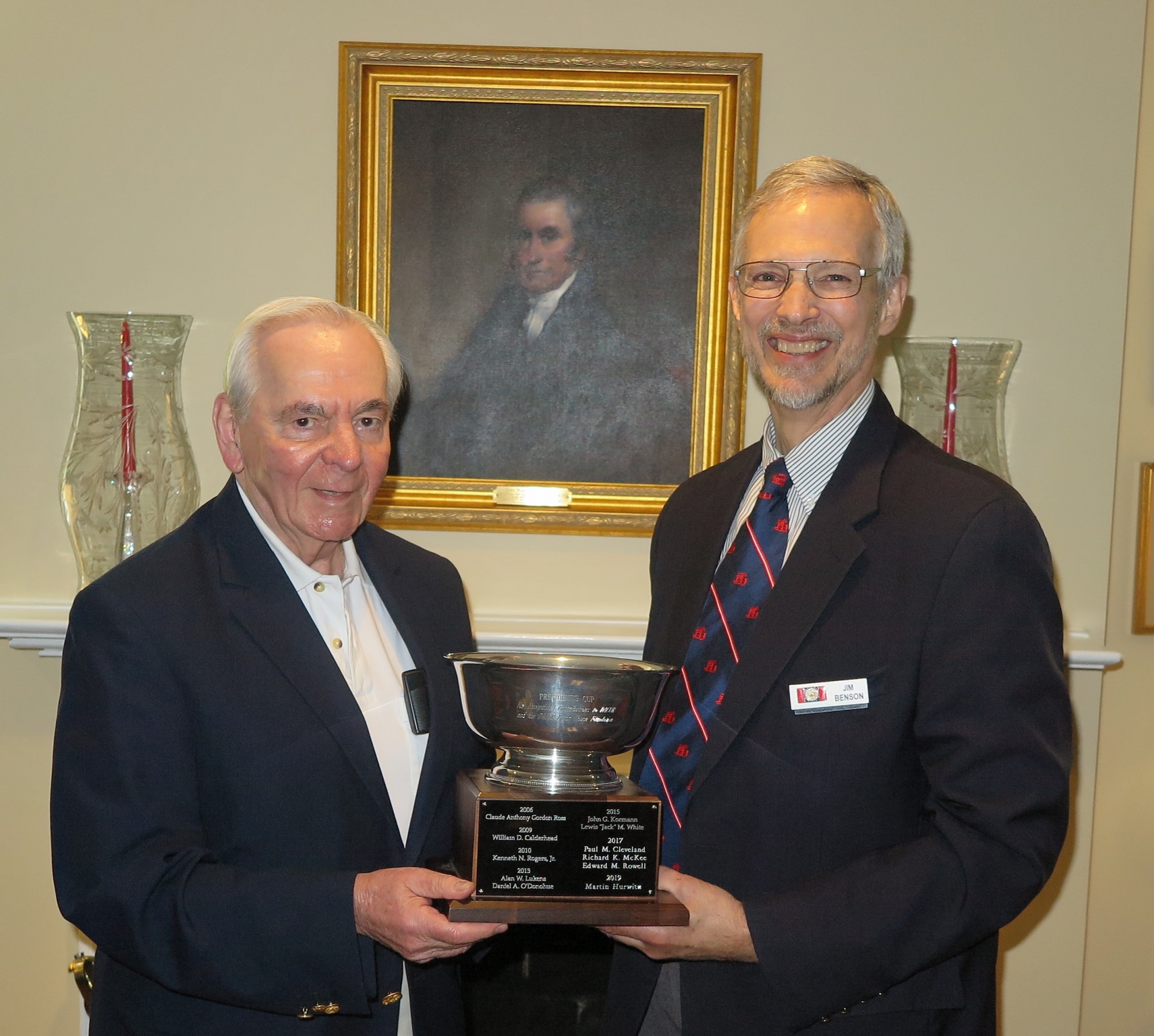 The Eleanor Dodson Tragen Award honors a spouse, family member, domestic partner or member of household, who has effectively advocated and promoted rights, programs, services and benefits for Foreign Service families in the tradition of the AAFSW and its members, as did the late Mrs. Eleanor Tragen. 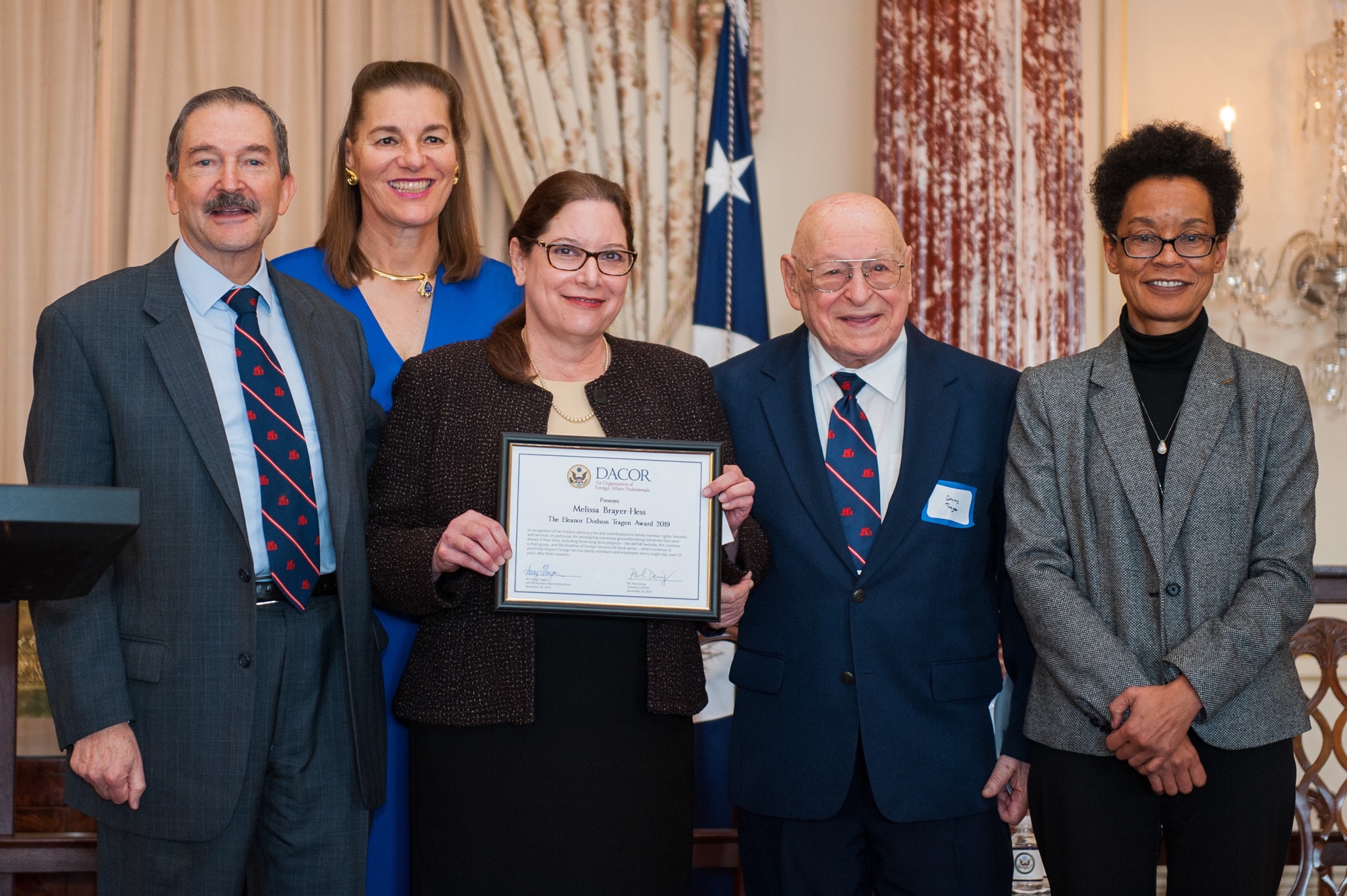